×
Your cart is empty.

CARRYING THE WEIGHT OF THE WORLD 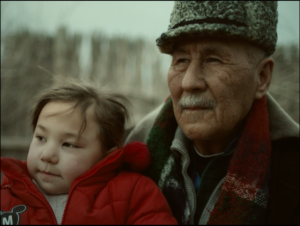 The Aral Sea measured 68,000 square km. Millions of people depended on him.Moynaq, once a prosperous town that lived off tourism and the fishing industry, is now a poor village in northern Uzbekistan in which to live, every day is more difficult. 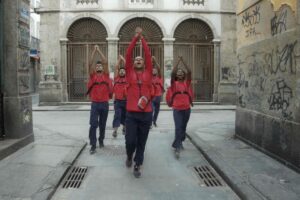 A delivery man dreams of having a motorcycle. He was told that everything would be like a musical film. 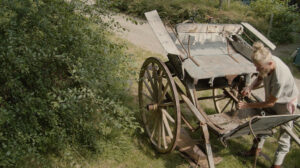 Fabian builds his house on an old cart that he will pull himself, with the plan to walk to Serbia. But then it turns out that building the cart in itself is quite a journey. Will the cart ever leave it’s place? 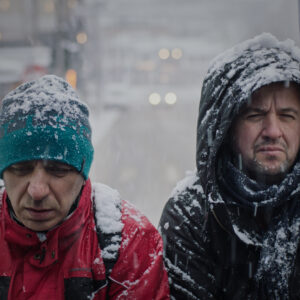 In post-war Kosovo, driven by the ambition of keeping their beloved sport alive, two local players wander from one obscure location to another carrying with them the only possession of the club: their tables. 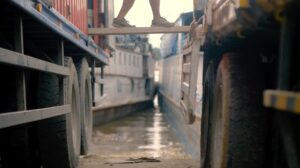 A visual trance that goes through the daily odyssey of the “chaucheros” (longshoremen) of the Port of Masusa in the Amazon. This dock where dozens of ships that supply Iquitos, the largest city in the world without land connection. A continuous movement through which the resources of the jungle are also bled to the mainland. These men make titanic efforts to survive under the sun. Without wheels or cranes to relieve the weight on their backs of more than 120kg, submerged in a noisy shipwreck of more than 400 years of exploitation. 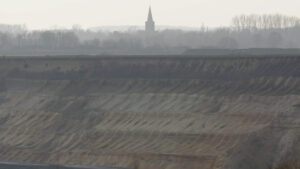 Day and night, with SciFi-shrill acoustics, they work to destroy the sites of your memories. Digging a hole that grows to swallow your nursery, your favourite tree and your father’s grave. RWE becomes the bad men of Momo. The lignite hole at the garden gate to Mordor. But then they say: the corporation spares your neighbouring village. A victory? No. Suddenly everyone in the village becomes an ally or an enemy. This is about feelings of home, neighbourhoods and, above all, money. 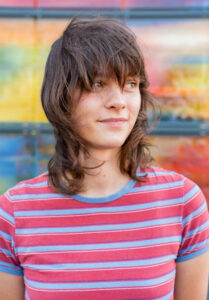 Okki Poortvliet grew up in a small village in the north of the Netherlands. There she shot her graduation film for Minerva art academy: IJswee (longing for ice). A film about how villagers, with a passion for skating on natural ice, deal with the increasingly warmer winters.

Okki is interested in making all kinds of things, so she studied Illustration, Animation and Time Based Design. She is currently taking next steps as a filmmaker at Docwerk in Den Bosch and is studying Philosophy at the University of Groningen.
‘I want to take the public to the reality of other people and places, to bring them into contact with what you cannot see and hear in daily life’

The result: films, animations, drawings, prints, installations and everything in between.
It is also clear that she has a thing for birds and ice rinks.